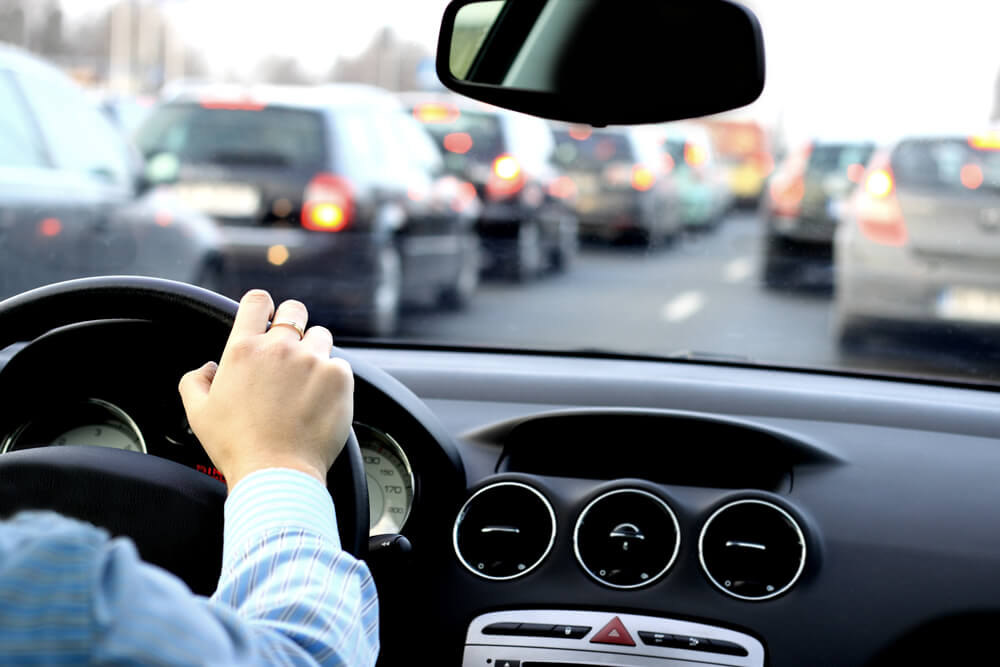 Walk along a busy road, and you are likely to get a lungful of exhaust. However, you are probably breathing cleaner air than people in the cars passing by you. For decades, research has focused on the air quality outside of vehicles. Researchers are now realizing the air inside our cars can be far worse – as much as fifteen times worse than the air just a few meters away.

The air inside cars can be 15x worse than just a few meters away.

The worst exposure is when we’re in our cars waiting for others to move along. That’s bad news because traffic on roads has significantly increased in the U.S. and elsewhere over the past twenty years. Although we spend only about 6% of our day driving, we get up to half of our exposures to vehicle-related pollutants during that time.1

Why is the air inside a car worse than outside?

Pollutant levels are often higher inside because cars take in emissions from surrounding vehicles and recirculate them. Studies have found that as much as half of the pollutants inside cars come from the vehicles immediately ahead, especially if those vehicles are heavy polluters, such as diesel trucks. Pollutants enter the car cabin through air vents and other openings because vehicles are not built to be airtight.

Pollutant levels are often higher inside because cars take in emissions from surrounding vehicles and recirculate them.

Vehicle exhaust is a cocktail of dangerous pollutants, including:

Research published in the journal Atmospheric Environment measured air pollutants inside and outside vehicles at traffic intersections in urban and suburban areas. Their findings include:

Air pollution levels are high at intersections with traffic lights because drivers decelerate, idle, and accelerate there. The same result will occur anywhere cars idle, such as drive-through windows at restaurants.3

Pollution inside cars stuck in heavy traffic is as much as 40 percent higher than when traffic is moving. A study published in the journal Environmental Science: Processes & Impacts found the level of pollution was seven times higher inside cars that were stuck in traffic if the windows were open, compared to the exposure of pedestrians standing at major intersections.

Pollution inside cars stuck in heavy traffic can be 40% higher than when it’s moving.

Keeping the windows closed with the fan on (which brings in outside air) also significantly increased in-car pollutants.4

How you can reduce in-car air pollution

Air Quality Life is brought to you by The IQAir Group, the world’s leading innovator of Indoor Air Quality solutions since 1963. This online publication is designed to educate and inform the public about the latest research and news affecting indoor and outdoor air quality.